All About History Book of the American Revolution 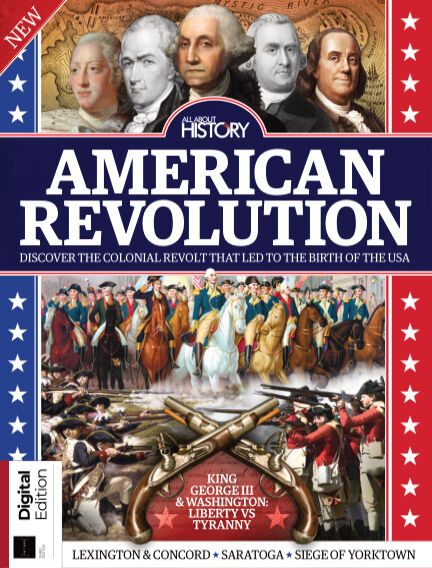 All About History Book of the American Revolution

Enjoy All About History Book of the American Revolution magazine and unlimited access to over 6,000 magazines on your mobile and tablet. All the magazines you can read for just £9.99 a month.

As tensions grew between the residents of Great Britain’s 13 North American colonies and the colonial government representing the British crown, the revolution turned into a full-scale war with independence hanging in the balance. Over the following pages, you will discover the key figures who played major roles in the war, from George Washington to King George III of England, the defining battles of Lexington, Concord and Saratoga, where the lives of many were lost, and how America finally won its freedom from the greatest military force of its time.