All magazines
All About History Civil Wars

All About History Civil Wars 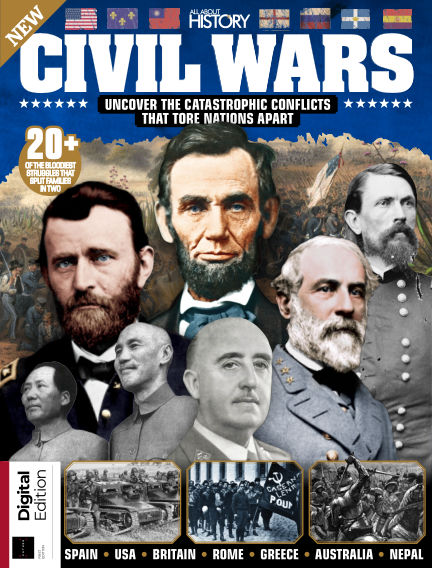 All About History Civil Wars

Enjoy All About History Civil Wars magazine and unlimited access to over 4,765 magazines on your mobile and tablet. All the magazines you can read for just £7.99 a month.

"“War is hell,” General William Sherman told graduates of the Michigan Military Academy in 1879. He had reason to say so – he had fought in the American Civil War, watching brother turn against brother and friend against friend. He had seen his country be torn in two and had tried to help pick up the pieces, like many others on either side of the divide who lost their lives in the fray. But the United States isn’t the only nation that has been struck by civil conflict; Spain, Britain, Italy, Norway, the Roman Empire and even Switzerland, among others, have all been ripped apart by religion and politics. Uncover these and more as you take a trip through the civil wars that have changed the very nature of the countries in which they were fought. Meet the men and women who followed their ideals until the very end, and explore the battlefields of some of the most iconic skirmishes from the ancient world right up to today."