All About History Royal Dynasties 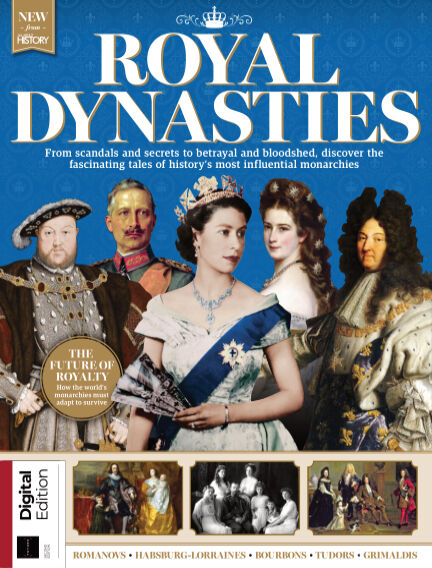 All About History Royal Dynasties

Enjoy All About History Royal Dynasties magazine and unlimited access to over 6,000 magazines on your mobile and tablet. All the magazines you can read for just £9.99 a month.

"For centuries powerful royal families have dominated and shaped the social and political landscapes of Europe and beyond. Inside we explore the incredible tales of betrayal and bloodshed and the scandalous stories and shocking secrets of some of history’s most fascinating and influential royal bloodlines, from the great British houses of Stuart and Windsor to Europe’s legendary Habsburg-Lorraine and Bourbon dynasties. We shine a light on the benevolent monarchs, cruel tyrants and doomed despots that defined their families, as well as royalty’s lesser-known but no less fascinating dukes, duchesses, princes and princesses. We uncover how the Romanovs met their tragic end, discover the rivalry that divided the Tudors, and meet the much-loved and still current Orange-Nassaus of the Netherlands. And it’s not just the great European royal houses covered inside – we’ll also take a tour of some of the longest-serving and most influential families from around the world, from the Solomon lineage of Abyssinia to China’s great Ming dynasty. We also examine what the future holds for the world’s existing royals and how they must adapt and evolve in order to survive in the modern world. Enjoy!"