All About Space Book of the Moon 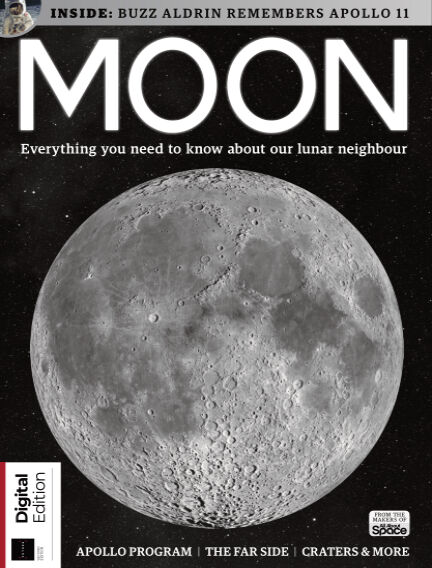 All About Space Book of the Moon

Enjoy All About Space Book of the Moon magazine and unlimited access to over 6,000 magazines on your mobile and tablet. All the magazines you can read for just £9.99 a month.

"We’ve been looking up at the Moon for millennia, but it was always just out of reach. People made up stories about it, associating it with deities or talking of the Man in the Moon who watches over all, while others wondered what it would look like up close. Then everything changed. On 20 July 1969, man achieved what had previously been thought impossible: two astronauts landed on the surface of the Moon for the first ever time. More Moon landings followed in a era since dubbed the golden age of space exploration, but our curiosity is far from sated. In Book of the Moon, find out what really happened when Neil Armstrong and Buzz Aldrin stepped outside their lunar module and uncover what is being done to preserve that moment in history before taking a tour of the craters and maria. Learn how to take the perfect photographs of our lunar neighbour, and discover what’s really on the Moon’s far side."