Read ELLE - UK magazine on Readly - the ultimate magazine subscription. 1000's of magazines in one app 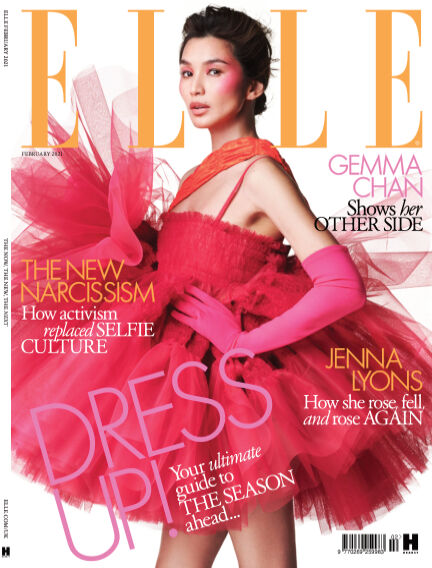 Enjoy ELLE - UK magazine and unlimited access to over 5,000 magazines on your mobile and tablet. All the magazines you can read for just £7.99 a month.

ELLE is the world’s biggest-selling fashion magazine. It is the international authority on style, with 44 print editions worldwide and 37 websites. Launched in 1985, British ELLE, edited by Lorraine Candy, has unparalleled access to world-renowned designers, celebrities, models, photographers,writers, columnists and stylists. Sexy, stylish and spirited, ELLE was the first to inspire readers to celebrate their individuality and create their own style. And ELLE is unique in its cutting-edge approach to modern publishing. We are the only luxury magazine brand to have a fully integrated editorial team producing content across all brand platforms – print, digital, mobile and social media. We call it ELLE 360. Our authoritative team matches appropriate content to the appropriate platform, giving the reader, user, follower and fan what she needs, when she needs it, how she needs it. We are a 24 hour fashion media brand producing useful, innovative and playful content. At the heart of it all is Team ELLE. Our readers know who we are and what we do in real-time via our PPA ‘Game Changer’ Award-winning #ELLEfashioncupboard – an interactive events space that opened to much fanfare in January 2014 with launch partner Louis Vuitton and its own digital iteration as a mobile app. In addition to our monthly print edition and daily digital and social media output we publish the definitive luxury catwalk bi-annual, ELLE Collections; produced by the same, award-winning Team ELLE. Plus, of course, there’s our annual ELLE Style Awards: one of the most important events on the fashion calendar. The power and influence of British ELLE is at an all-time high with over one million unique users visiting ELLEuk.com every month and more than seven million ELLE fans and followers interacting with the team via ELLE’s social media channels. ELLE’s editor-in-chief Lorraine Candy was named by the Press Gazette among the top 50 most influential people on Twitter in 2014 – the only glossy magazine editor to be included. Put simply, ELLE is for women who love fashion – by women who love fashion.