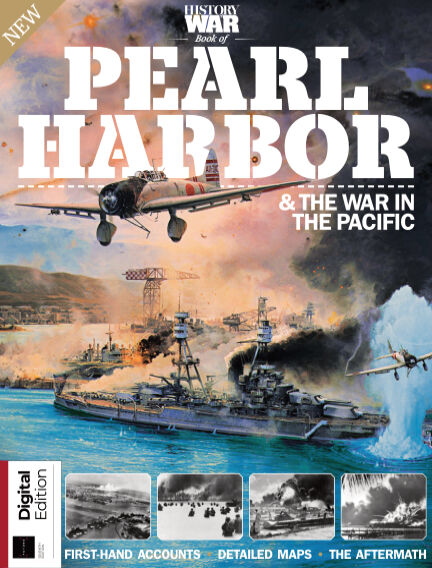 Enjoy History Of War Book Of Pearl Harbor & The War In The Pacific magazine and unlimited access to over 6,000 magazines on your mobile and tablet. All the magazines you can read for just £9.99 a month.

In this History of War bookazine you’ll explore both Pearl Harbor and the war in the Pacific extensively, from the genesis of Japan’s pre-emptive attack to the United States’ use of atomic weapons on Hiroshima and Nagasaki. Featuring moving photography from the front lines, declassified archival documents, and eyewitness accounts from those present during the conflict, this is an essential companion for anyone with an interest in one of the 20th century’s defining period. Featuring: Pearl Harbor - Explore the events, actions and people surrounding the infamous attack. War in the Pacific - From Pearl Harbor to Hiroshima, follow the deadly action of the Pacific War From the archives - Authentic facsimile documents are included, including battle reports, classified communications and detailed maps Eyewitness accounts - Read the first-hand impressions of those who were present during the epochal events of Pearl Harbor and the Pacific War