Read The Tablet Magazine magazine on Readly - the ultimate magazine subscription. 1000's of magazines in one app

All magazines
The Tablet Magazine 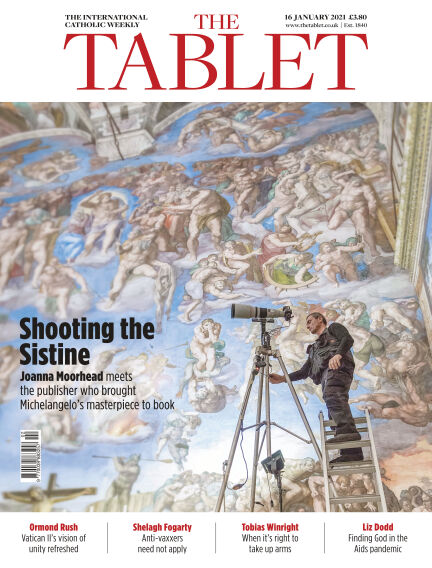 Enjoy The Tablet Magazine magazine and unlimited access to over 5,000 magazines on your mobile and tablet. All the magazines you can read for just £7.99 a month.

Explore all magazines
now 2 months free
About The Tablet Magazine

The Tablet is a British Catholic weekly journal that has been published continually since 1840. It reports on religion current affairs, politics, social issues, literature and the arts with a special emphasis on Roman Catholicism while remaining ecumenical. It is committed to the teaching of the Second Vatican Council. Contributors to its pages have included Evelyn Waugh, Graham Greene, Pope Benedict XVI, as Cardinal Joseph Ratzinger, and Pope Paul VI, as Cardinal Giovanni Battista Montini. More recently theologians such as Fr Hans Küng, Professors Eamon Duffy and Nicholas Lash, and Dr Rowan Williams and Jane Williams have written for the publication, along with figures such as Tony Blair, Gordon Brown, John Cornwell, Stephen Hough and David Willcocks. It was launched in 1840 by a Quaker convert to Catholicism, Frederick Lucas, and is the second-oldest surviving weekly journal in Britain after The Spectator, which was founded in 1828. For 67 years it was in the possession of successive archbishops of Westminster. Since 1976 it has been owned by The Tablet Trust, a registered charity. Its trustees include Lord Patten, Baroness Shirley Williams, Baroness Helena Kennedy and Edward Stourton. The editor of The Tablet is Catherine Pepinster, who was formerly executive editor of The Independent on Sunday. Appointed in 2004, she is the paper’s first female editor. She said in her first Tablet leader that the journal will continue to provide a forum for “progressive, but responsible Catholic thinking, a place where orthodoxy is at home but ideas are welcome.”